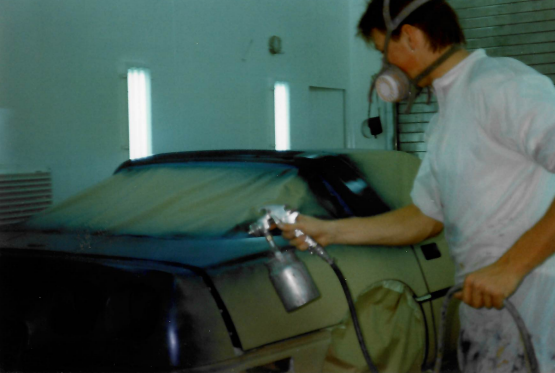 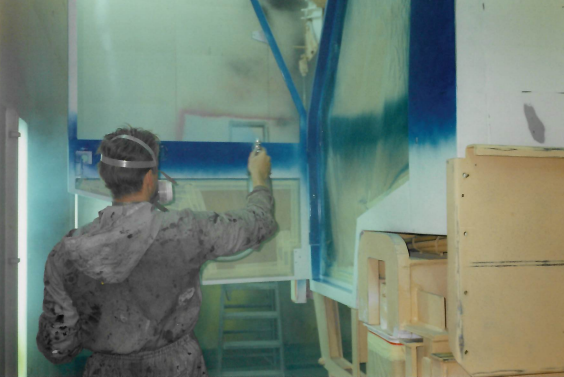 Gouweleeuw: The power of perfection!

From car painter to bulk material sprayer
In 1989, Micha Gouweleeuw founded his paint shop for commercial vehicles and trucks at the age of 17. When in 1992 it became apparent that there was an increasing demand for construction equipment, specialising in spraying cranes and other large equipment was the new challenge. Our motto is now: ‘The bigger the better!’

Relocation from Kraggenburg to Emmeloord
From 1989 to 1999, Gouweleeuw was located in Kraggenburg. We had about 700 sqm of business premises available there. The company quickly grew and there was a lack of space. The growing need for parking space and facilities to meet the applicable environmental requirements resulted in the relocation to the Ondernemersweg in Emmeloord.

Transit paint shop
In 2007, our second location on the Titaniumweg in Emmeloord was built. Here, large and heavy equipment for hoisting and crawler cranes (from 500 metric tons) is sprayed. In connection with growth and market expansion, the third building on the IJzerweg (Emmeloord) was opened in 2011. In this ultramodern blasting and painting shop, with a specifically developed routing, we mainly blast and coat small serial objects (such as garbage trucks in parts – paint before mount process). But also large objects (up to 32 meters with a maximum weight of 120 metric tons) are blasted and preserved at this location.

Our building on the Ondernemersweg was renovated last year. Internal logistics have been improved in the renovated building and we can now also carry out all work under roof. As a result, the production capacity for spraying cranes has been increased to approximately 300 units per year. In the (international) crane world we work for large clients such as Liebherr, TadanoFaun, TadanoDemag, Manitowoc, Spierings, and Kobelco. We now also have an established name in other branches. For example, we work for the civil engineering sector and for the waste and cleaning industry, with Geesinknorba (manufacturer of garbage trucks) as the largest client.

What we think is important: 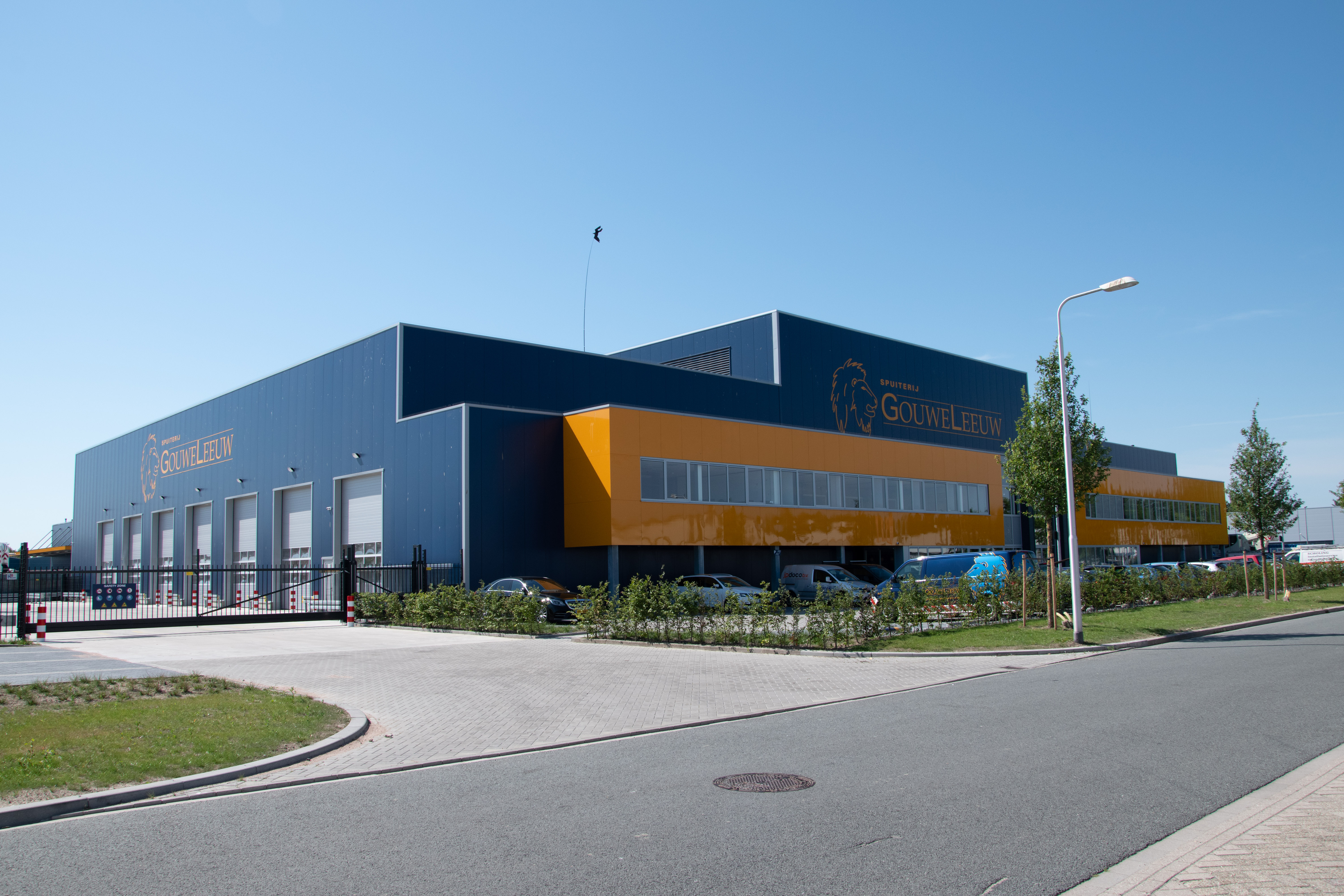 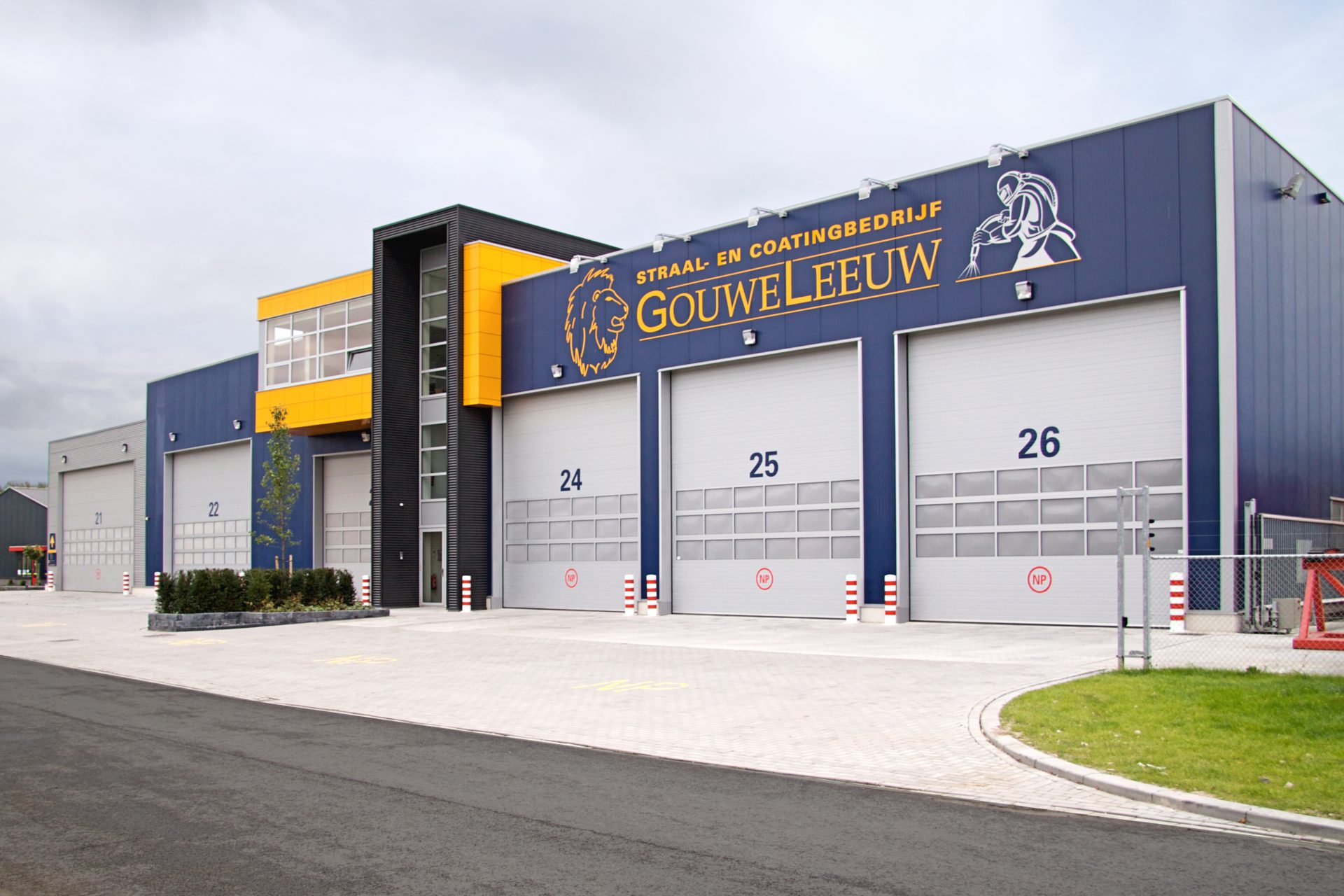 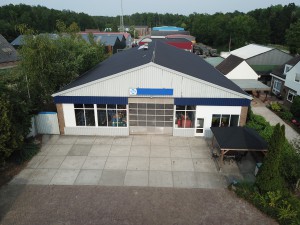 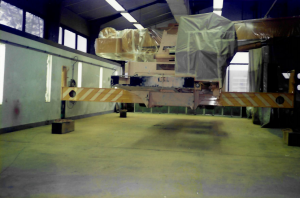 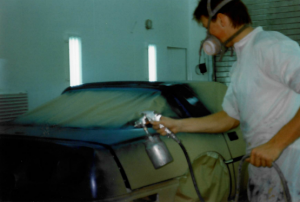 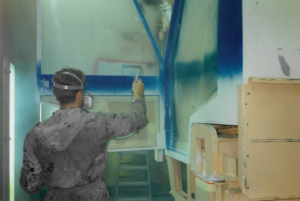 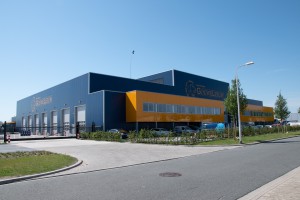 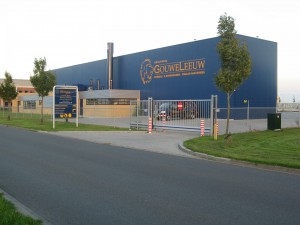 Paintshop Gouweleeuw, founded in 1989, specializes in the painting of heavy equipment. We paint, among other things: cranes, excavators, aerial platforms, trucks, garbage trucks, trailers and other heavy equipment. 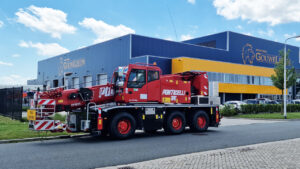 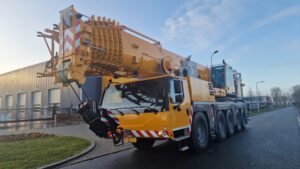 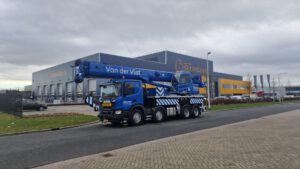